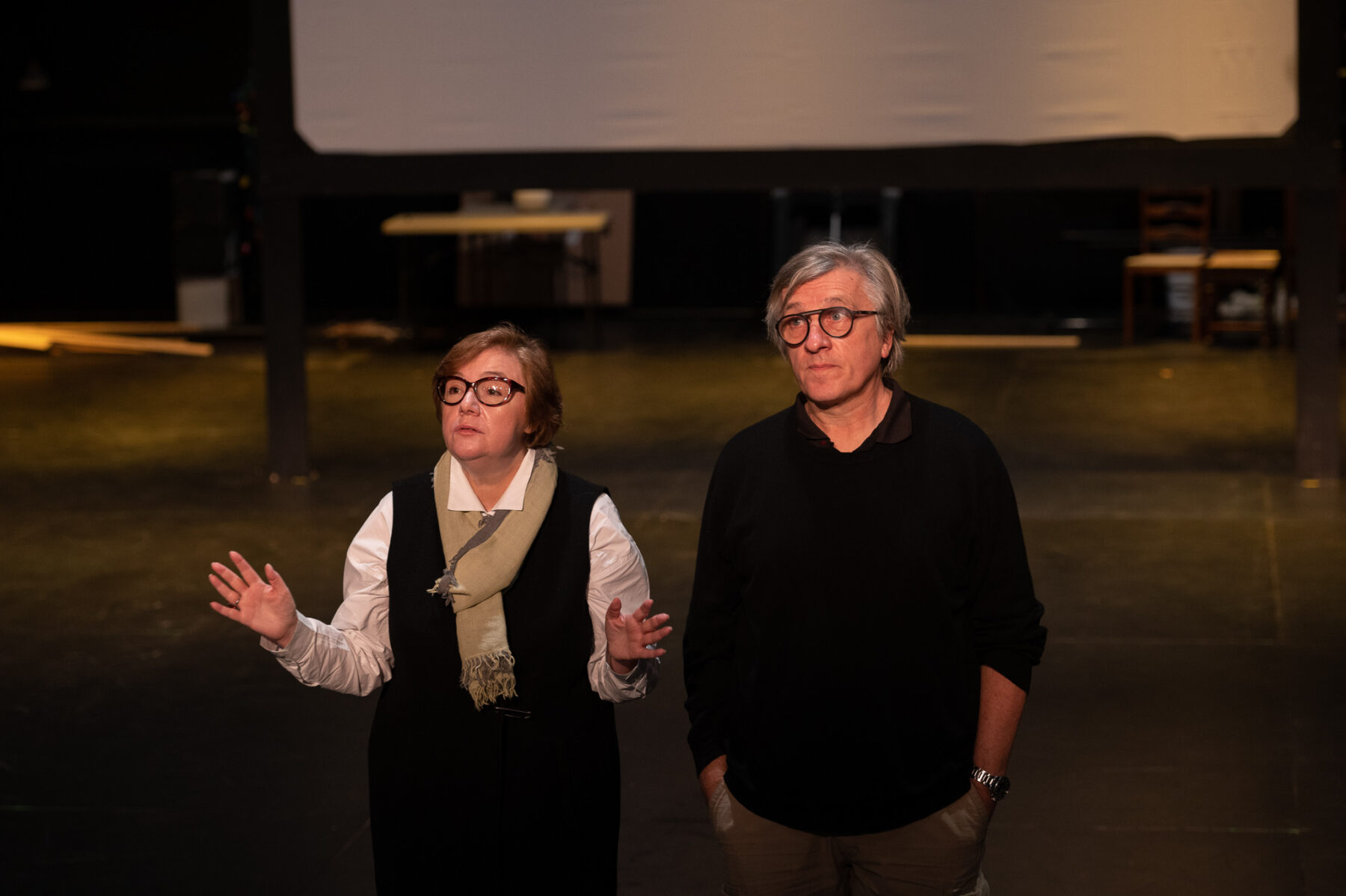 Designed more than eighty plays for leading Russian theatres. Since 1990, he has dedicated himself entirely to painting, graphics, stage design and theatre directing.

Krymov’s works can be best described as actions or experiments that efface the traditional boundaries between art forms. The artist often uses mixed technique for his expressive pieces that include collage and assemblage.

Krymov takes a mosaic approach, creating a single whole out of small details by choreographing actions in the space of the painting and directing a delicate play of light. His paintings therefore, have vibrant colors, offset by the texture and luxurious glimmer of cloth.

He tends to work in series: his works include still lives, scenes from the Bible, a series of retrospective portraits/collages and a gallery of portraits of his contemporaries and friends.

Currently a professor at the Russian Academy of Theatre Arts and the Head of the Experimental Theatre Project of the Union Theatre of Europe.

Krymov is a recipient of Stanislavski (2006), Turandot (2007 and 2009) and Golden Mask (2008) awards, the highest theatre achievement awards in Russia. In 2007 he received the highest award for stage design of the Russian Pavilion at the Prague Quadrennial. A Midsummer Night’s Dream (As You Like It) was commissioned for the 2012 World Shakespeare Festival and won the  Bank of Scotland Herald Angel Award at the 2012 Edinburgh International Festival.

Krymov’s works are in the public collections of the State Tretyakov Gallery, Moscow; the Pushkin Museum of Fine Arts, Moscow; the State Russian Museum, St. Petersburg; the Victoria and Albert Museum, London; the Vatican Museum, Rome; The World Bank, Washington DC, as well as in private collections in France, Germany, Belgium, the United States, Great Britain, Canada and South Africa.

He lives and works in Moscow and New York.