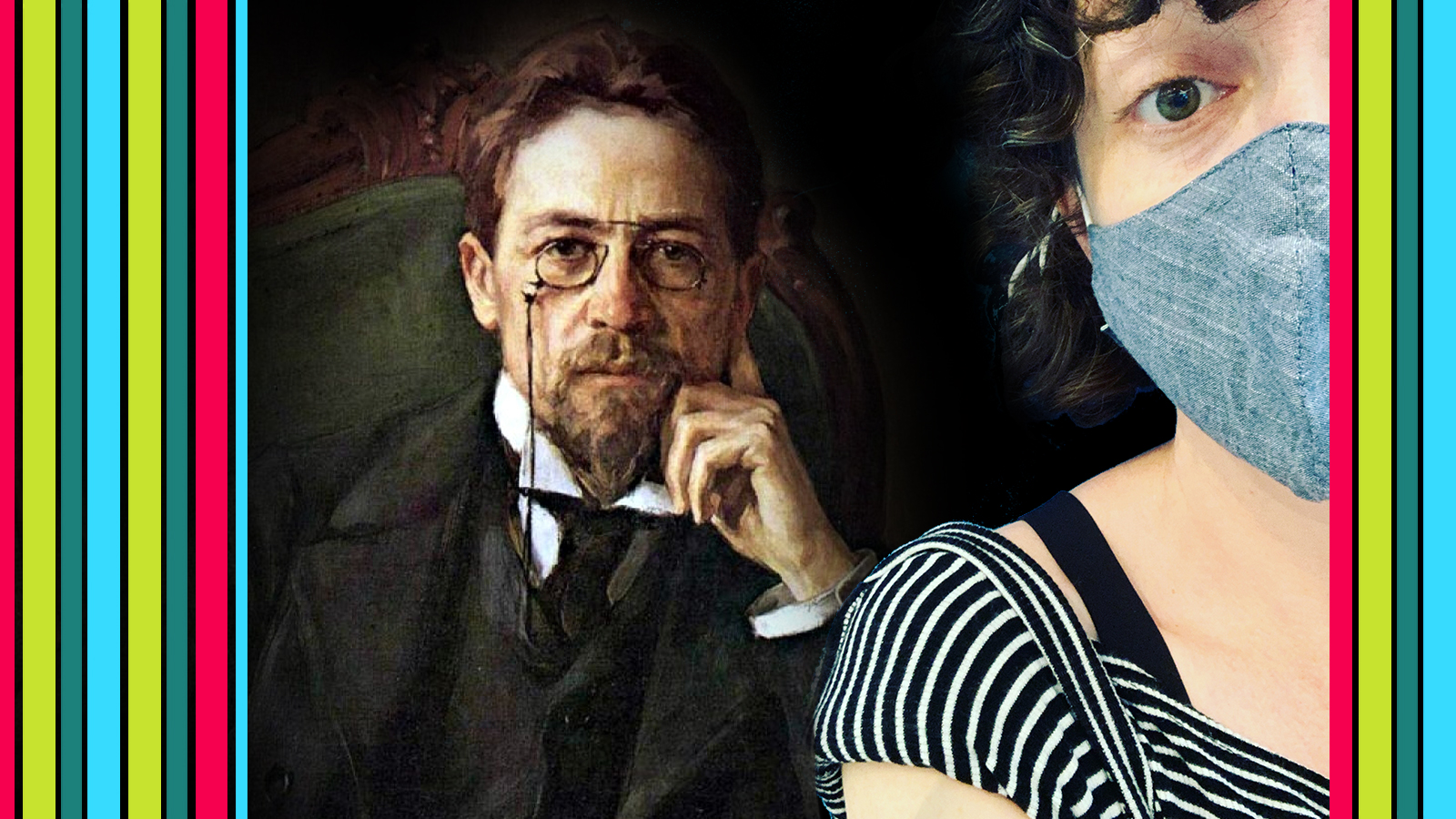 I have a confession to make. I have historically struggled to connect with Chekhov’s plays. I’d have questions, like: what’s so interesting about a bunch of rich people being sad in a house together? And why are these people so hopeless? Why can’t they see that their lives are not that terrible, or seek joy in something other than romance, or accept change? Or create change? Why are these grown adults such BABIES and why should I care about any of them?

In preparing for this project, I read Chekhov’s biography, because I am a good dramaturg. I learned that in the later years of his life, Chekhov was ill with tuberculosis, ill enough that he had to spend long chunks of time in Yalta, in the Crimea, away from the bustle of Moscow, away from his friends and his wife. He was often bored and restless, not to mention in different kinds of horrific pain and aware of his own mortality on a level, until recently, I struggled to imagine. These themes are present in all of Chekhov’s most renowned plays, including Uncle Vanya: some more subtly than others.

In working on Minor Character, l’ve learned two things about Uncle Vanya: it’s all about longing, and everybody is a mess. Vanya longs for a life of his own, a life following his own dreams, and he longs for Yelena. The doctor, Astrov, longs for a better world, and also for Yelena. Astrov and Vanya get stupid drunk and throw themselves shamelessly at women in various unattractive ways. Yelena longs for a life of passion, a life she can be at the center of, and she teases and toys the men who adore her and wants them and doesn’t want them and doesn’t know what she doesn’t want. Sonya longs for the doctor. I imagine Sonya writing in her journal, hearts around his name, text in all caps as her excitement gushes out. Teenage love, wrenchingly naive.

I spent this past year longing, and boy was I a mess. I longed for theater, longed to share space with people making and watching theater, to love it or hate it together with others. I spent a year longing for friends, family, longing for the space next to mine in the bed to be filled by a warm body (I spent more than a year longing for that). I changed my outfit 10 times before chaste outdoor dates, six feet apart and on completely different pages. I was extra intentional about my underwear (and it didn’t matter and I knew it). I drank too much and texted him and he didn’t text back and I texted again. I drank too much and texted my friends about him and they didn’t text back and I texted again. My journal was so emo it should have belonged to a 14-year-old. I am 35.

Our longing is real, and ridiculous.

Speaking of death, I must tell you about Chekhov’s, to prove I am a good dramaturg and I finished the biography and also because I love it. Here it is: Chekhov was on his deathbed. He was doing poorly and everybody knew it. His doctor was about to go get him an oxygen pillow (I don’t know what that is, but I swear I’m a good dramaturg) and Chekhov said something like, “don’t bother, by the time you get back I’ll be a corpse.” So instead, the doctor ordered Chekhov a bottle of champagne. Chekhov drank his glass slowly, savoring it. Upon finishing, he turned to his doctor and his wife and said, “It’s been so long since I’ve had champagne,” and then laid down on his side and died. He was 44.

Lately I’ve been wondering if, in my earlier experiences with Chekhov, I misunderstood something about his characters. Maybe they aren’t hopeless, but filled with hope. Maybe their longing is a kind of hope. Maybe they wouldn’t long for something if they didn’t, even just a little bit, believe their longing might be for something, or someone, they can actually have. In thinking about how to approach Uncle Vanya, director Yury Urnov sees hope as the play’s central engine. The characters all hope they can change their lives, find success, find love, change the world. In these regards, they are all almost certainly doomed, but that practically impossible hope fuels them to clumsily stumble toward their dreams.

In a similar way, we are here again, at the theater, filled with the practically impossible hope that we can come back to this stage, tell you a story, share space, share our love of you with you, our audiences. A million mistakes are possible, and likely. You may reject us. We’re weird and a little heady and not entirely optimistic. There’s so much we’re still figuring out. And there’s so much going on outside that might distract you or bring the whole endeavor to a grinding halt. But we’ll let that engine of hope fuel us anyways. We’ll tell a story of a bunch of people who feel sad and lonely and cramped and crowded and long for dazzling love and try and fail and try again.

We put on nice underwear. And there’s champagne in the fridge.

So either way, we’re ready.