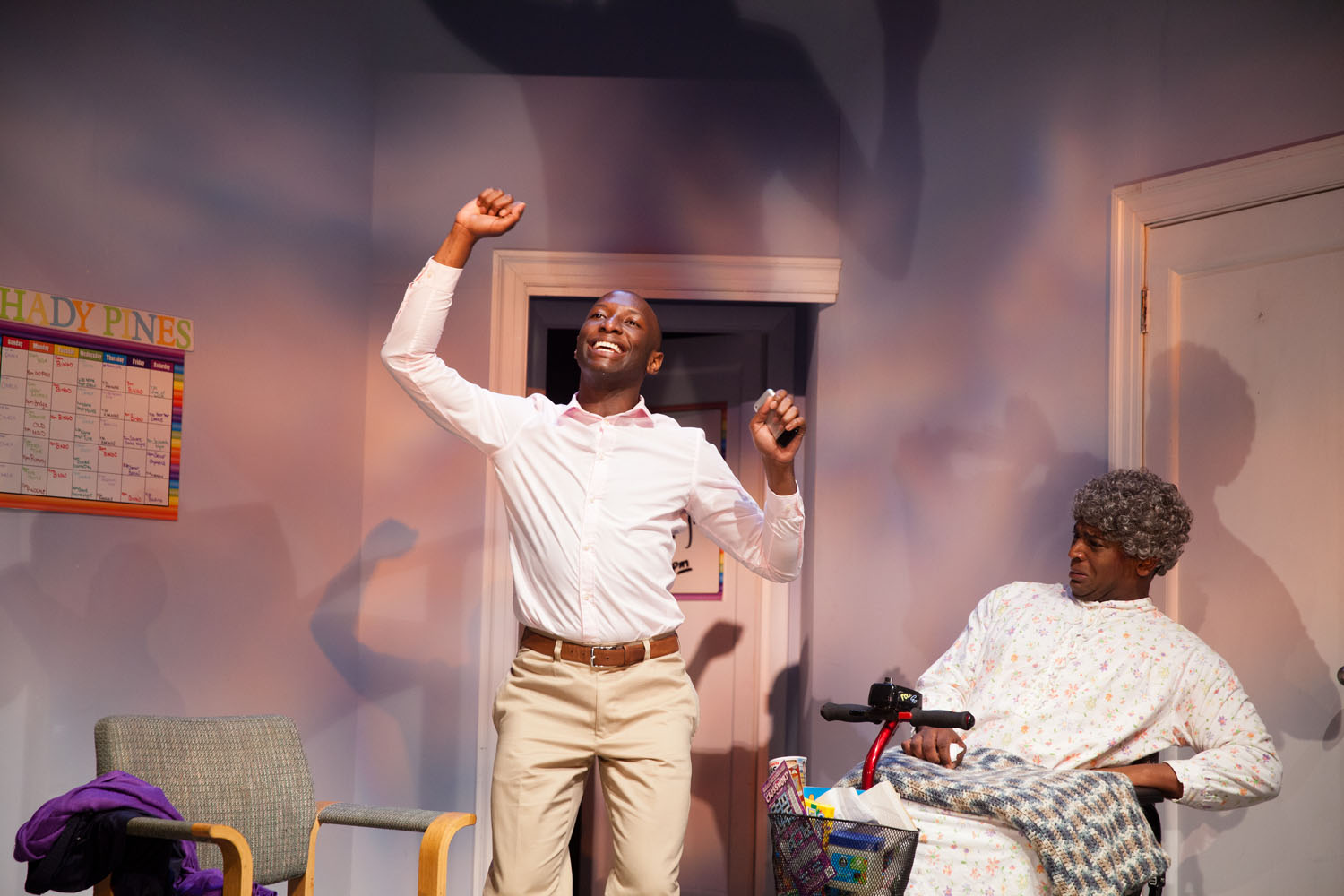 written and directed by Robert O’Hara

Behind a tall church pulpit, a fire-and-brimstone preacher delivers a shocking sermon to his congregation. On the tropical sands of a deserted island, two lesbians come together. And at the home of a young boy Sutter, a mother scolds him for reading Jackie Collins romance novels. This is just a taste of playwright Robert O’Hara’s wildly imaginative anthology of sassy lessons in sex ed, a kaleidoscope of sketches that interconnect to portray growing up gay and African-American. With variety-show vivacity, outrageous humor, and real heart and soul, it tests how we talk about human desire and racial stereotypes at home, in church, and on the corner. Shantay! Sashay!

Writer/director Robert O’Hara (Antebellum) has been honored in recent years with an Obie Award, Helen Hayes Award, and the NAACP Best Director Award. The Wilma is thrilled to produce his original work first for Philadelphia audiences with Bootycandy.

“Bootycandy,” the Wilma Theater’s season-ending production, is going to challenge the sturdiest of theatergoers. It’s a challenge worth meeting.”
— Review in Chestnut Hill Local
click to read more
“But it demands to be seen, not least for the Wilma’s brilliant production, directed by the author, which on every level — especially its ensemble of five superb actors — could hardly be better.”
— Review in Philadelphia City Paper
click to read more
“O’Hara has a unique grasp of sound and sense. His dialogue, particularly in the first act has a staccato rhythm, a cadence that has both point and counter point.”
— Review in Daily Local
click to read more
“People may have been in the aisle during this riotous play, but only because they were falling out of their seats laughing.”
— Review in the Huffington Post
click to read more
“Truly a play not to be missed.”
— Review in EDGE
click to read more
“I like history and what was left out of history,” O’Hara said about his works. “Being black and gay, I’m usually left out. I like alternative versions of history and ‘what-ifs’ and how they change how we think about who we are now. I usually play upon what we think we know about ourselves and back track. I feel that the theater is there to play with things and do playful things, and it’s a way to see real life.”
— Preview Feature from Philadelphia Gay News
click to read more
“O’Hara brilliantly perceives the common linguistic idioms that link gays and blacks— two groups with little in common other than their shared history of exclusion and persecution— just as, say, Gershwin and Gottschalk sensed the common emotional threads running through the music of blacks and Jews. But O’Hara’s response to this state of affairs is not to lament it but to have a howling good time with it.”
— Review in Broad Street Review
click to read more
Playwright Robert O’Hara sums up his play “Bootycandy” with the tagline “Everybody is welcome, no one is safe.” Which should serve as fair warning to audiences to expect something that will delight in both embracing and offending their sensibilities.
— Preview Feature in METRO Philadelphia
click to read more
“The real answer is to find and do something that makes you happy and that means not just theater but your life as well. I have a loving partnership. I like where I live. I have many friends. You can’t make theater, or any one thing for that matter, your whole life. You have to build around it and then you can appreciate what you are doing.”
— Feature on playwright Robert O’Hara
click to read more