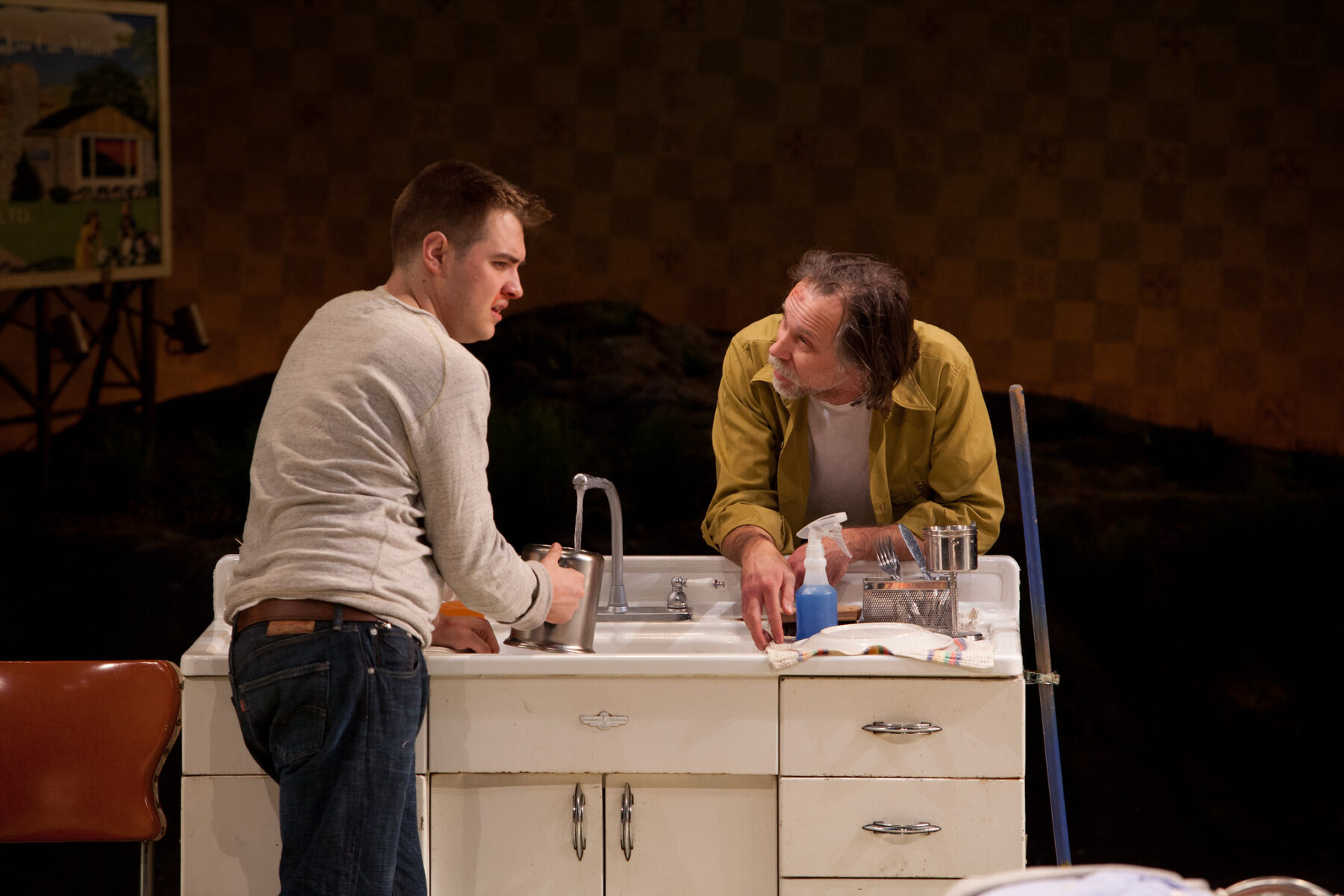 Curse of the Starving Class

An immensely influential playwright and celebrated actor, Sam Shepard (Buried Child, True West) has received a Pulitzer Prize and both Tony® and Academy Award nominations for his riveting career in theater and film.  The Wilma is thrilled to produce his work for the first time this season with the modern classic, Curse of the Starving Class.

Meet the wildly unpredictable Tate family as they attempt to ride the changing tides of pre-suburban Southern California.  Financially ruined, their farm is in chaos and the debt collectors are getting increasingly ruthless.  The story whirlwinds with dark comedy and captivating twists as each family member goes to fantastic extremes grappling with a “curse” that continues to resonate today.

“Sam Shepard…is in his best form in Curse of the Starving Class…it’s a pleasure to see it mounted at the Wilma in a generally strong production!”
— Review in Philadelphia City Paper
click to read more
“Sam Shepard, the self-proclaimed ‘rock-and-roll Jesus with a cowboy mouth,’ rides again at the Wilma Theater, where Curse of the Starving Class is having a strong revival.”
— Review in The Philadelphia Inquirer
click to read more
“I guess they’re sort of celebrities,” said Scott Moser, supervisor of the Manatawna/Saul 4-H Club. “It’s a neat thing, something new for us.”
— Preview feature on WHYY/Newsworks
click to read more
“The Wilma Theater has teamed up with a Roxborough 4-H Club to recruit actors – small woolly ones, to be precise – for its production of Sam Shepard’s Curse of the Starving Class. A cool breeze blew in late last week as members of both the theater company and the Manatawna/Saul 4-H Club prepared the loading dock for the three two-week-old Southdown lambs that will be in the show.”
— Preview feature in The Philadelphia Inquirer
click to read more
“Epic, unpredictable, and deliriously ironic!”
— The Village Voice
“Compelling, explosive theater!”
— Los Angeles Times
“A scabrously funny play!”
— The New York Times