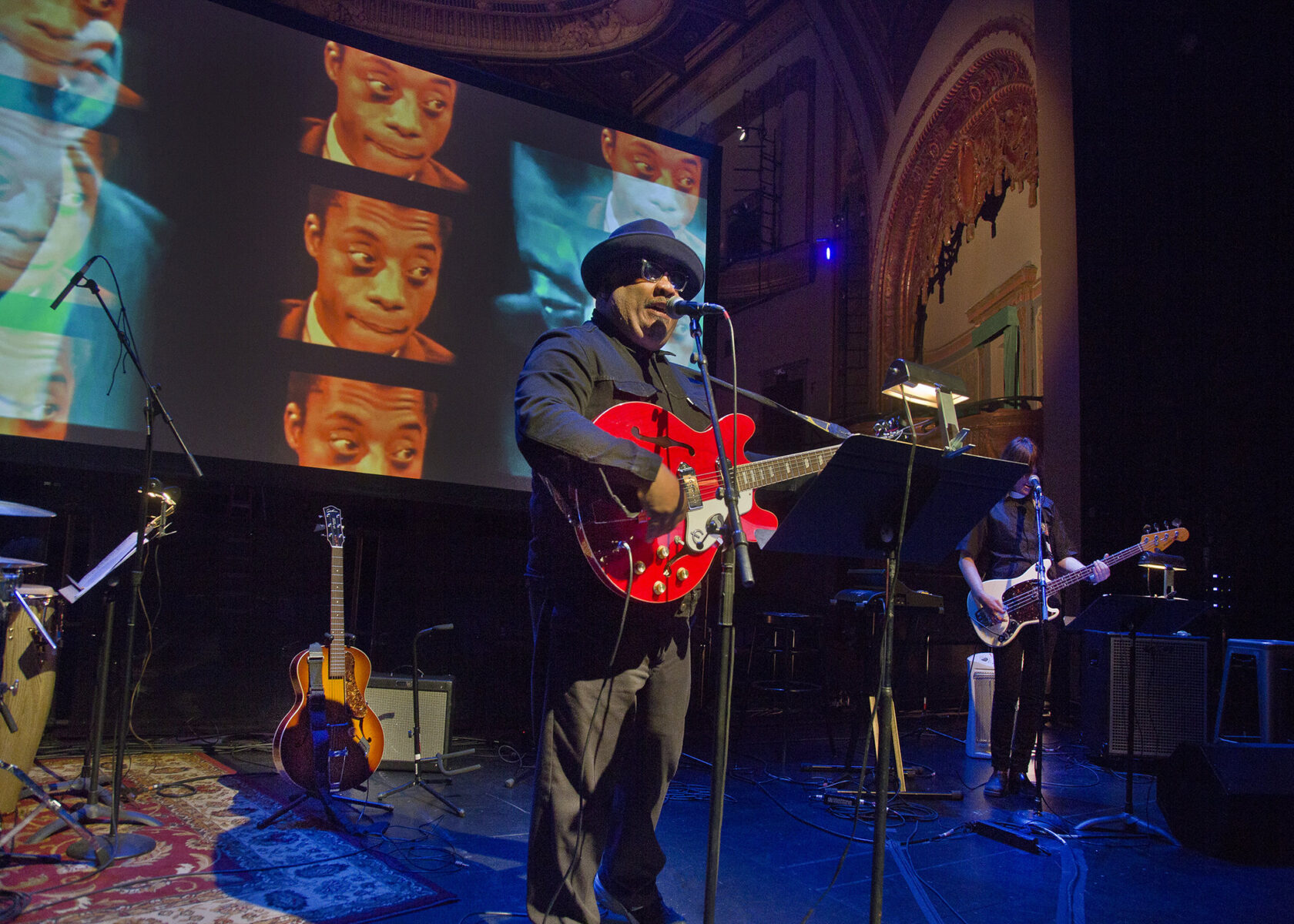 Notes of a Native Song

Inspired by the art of writer and activist James Baldwin, Stew and Heidi Rodewald (creators of the Tony Award-winning musical Passing Strange) explore Baldwin’s legacy for today’s artists with their song cycle Notes of a Native Song. This rollicking, off-the-cuff production uses music, video, and spoken word to capture the energy behind Baldwin as an artist who spoke out about uncomfortable truths. As Stew and his musically inventive band draw the audience in, the project confronts the more complicated aspects of Baldwin’s legacy, even as it celebrates his lasting impact.