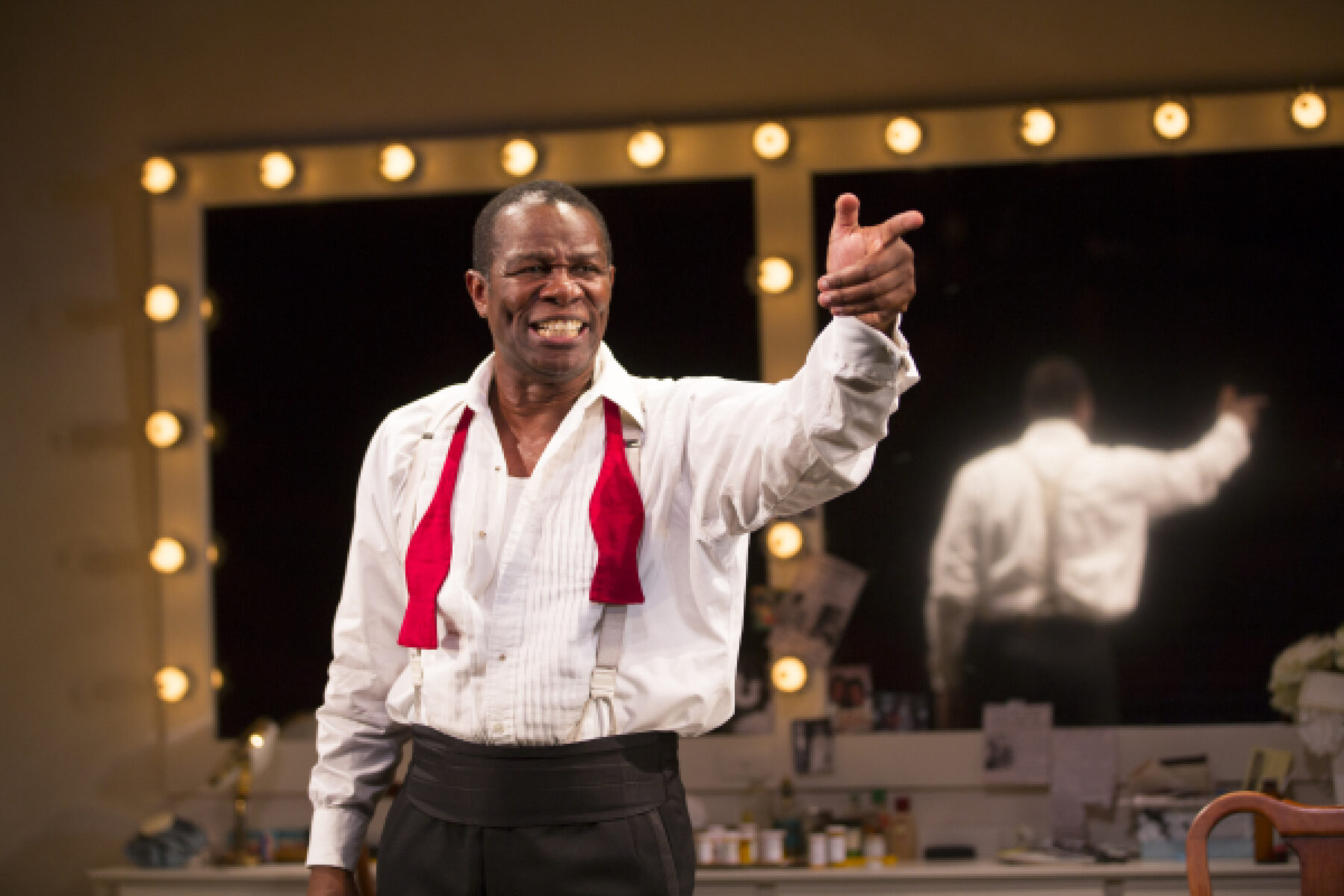 Satchmo at the Waldorf

March 1971.  Backstage at the Empire Room of the Waldorf Astoria Hotel.  Louis Armstrong, the greatest trumpet player in the world, sits in his dressing room trying to pull himself together following his celebrated performance.  Because as long as they clap, Louis will go out there and play.  His mind wanders through the amazing journey of his life and his complex relationship with his manager Joe Glaser.  Join critically acclaimed actor John Douglas Thompson, described by The New York Times as “one of the most compelling actors of his generation,” in a tour de force performance playing both men, taking you into the minds and hearts of an American musical icon and the man behind the legend.

“Thompson takes you into the minds and hearts of an American musical icon and the man behind the legend.”
— Feature in The Philadelphia Tribune
“Susan Lewis explores the life and work of this musical icon.”
— Radio Segment from WRTI’S CREATIVELY SPEAKING
“The script scintillates, and the performance captivates, from start to finish.”
— The National Review
“The acting performance is enchanting; Philadelphia stages are unlikely to see better this season.”
— Review from STAGE Magazine
“It takes a brave theater critic to write a play, and a brave critic to review it—especially since Satchmo at the Waldorf is by Terry Teachout, the esteemed critic of the Wall Street Journal. So it’s both a pleasure and a relief to tell you it’s a great show.”
— Review in The Philadelphia Inquirer
“Satchmo at the Waldorf has broken all box office records at New Haven’s Long Wharf Theater Stage II…moves on to Philadelphia’s Wilma Theater, where it will run November 16 – December 2.”
“A skillful production…John Douglas Thompson brings the script to life with a smart, top-notch performance!”
— The New York Times
John Douglas Thompson, who is forty-eight and regarded by some people as the best classical actor in America, has been acting for twenty years.
— The New Yorker
“Extraordinary! Riveting! Impassioned! [Wall Street Journal drama critic] Terry Teachout – in his debut as dramatist – has contributed a work of insight and power!”
— The Boston Globe