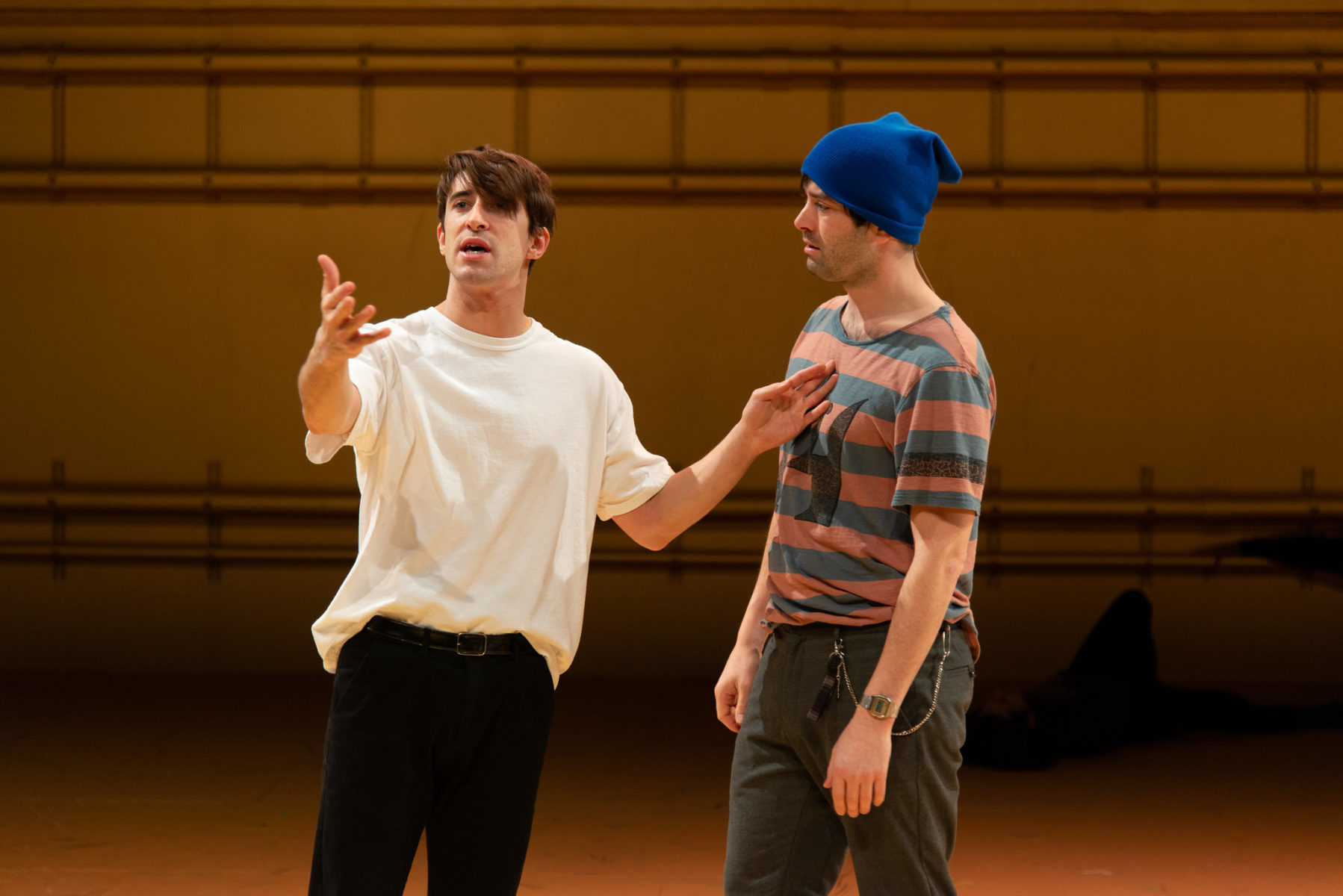 Matteo Scammell in Romeo and Juliet

What I see in HotHouse is a diverse group of devoted people moving away from American Theater norms and toward a theater of the ensemble. I think there is a culture in HotHouse that insists on discovering oneself. Our actors are in pursuit of limitlessness. Which I think begins with curiosity, bravery and a willingness to surrender. We employ a variety of both tangible and abstract techniques in order to activate a sensation that confirms our artistic taste; one related to endless possibility. In our craft there exists a delicate balance between the will of the individual and the spirit of Dionysus. And at HotHouse, in my opinion, we have the privilege to familiarize our minds with both aspects. And by doing so the artist is facile, flexible, powerful and present.

Matteo Scammell (he/his): Originally from Stanton, NJ, home of “The Biggest Little Store in the County,” Mr. Scammell received his BFA from the University of the Arts and began his multi-disciplinary career in Philadelphia. Matteo is a company member of The Wilma’s HotHouse ensemble where he has performed in seven productions. Matteo is also a member of Obie Award-winning experimental theater company, New Paradise Laboratories, contributing to six original works: 27, The Adults, O Monsters, Hello Blackout!, Gumshoe, & PROM. From 2014-2019, Matteo was co-writer, vocalist, and guitar player with Red 40 & The Last Groovement (Ars Nova, FringeArts). As an actor, Matteo has performed in over 30 productions in Philadelphia and NYC. Credits include: Pig Iron Theatre Company, George & Co., Wilma Theater, Arden Theatre, PTC, Walnut St. Theater, Theatre Horizon, Theatre Exile, EgoPo.

BFA University of the Arts.

2017 Barrymore Award for Best Performance of a Male Actor in a Lead Role.

Matteo is the recipient of the 2020 Independence Fellowship.