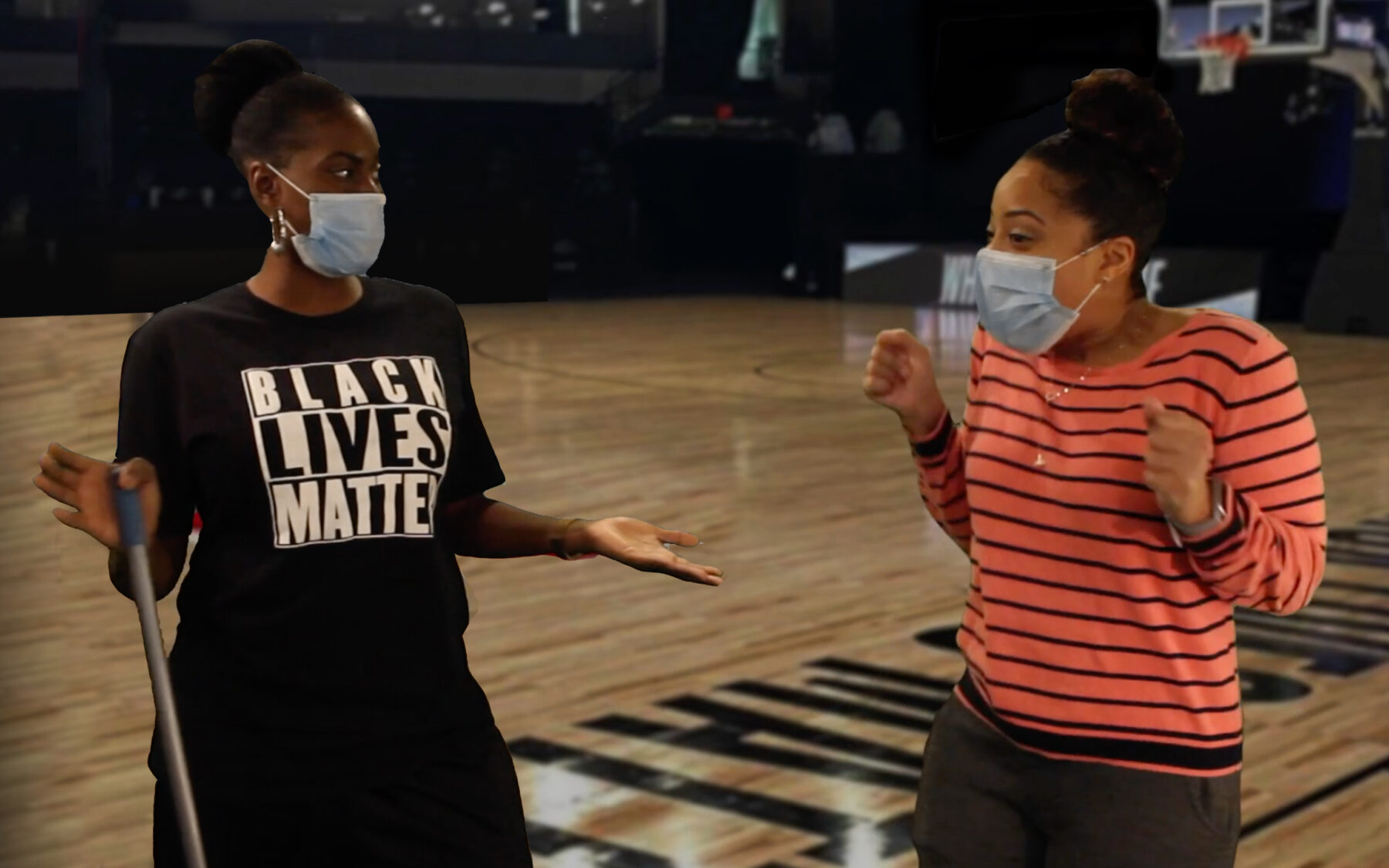 A Q&A with “The Floor Wipers” creator Taysha Marie Canales

The Floor Wipers is a new digital video short, streaming beginning Thursday, June 10 on the Wilma’s web site, available for free with registration.

The short is hilarious sketch about two women who wipe up the courts during basketball games inside a COVID bubble.

Q: What was the initial spark for your HotHouse Short?­

Taysha: My husband loves basketball so I started watching games with him a few years ago. After a while I noticed that there were people who wiped up the players’ sweat off the court in between plays and immediately became fascinated by these people. When the 2020 playoffs resumed last summer in the NBA Bubble, there were many changes and restrictions made to ensure that the closed bubble could work safely and the game could continue. One thing that remained the same were the floor wipers. They’re such a vital part of the machine and I tried to imagine myself in their shoes and what a typical night at work could be like for them.

Q: What was the most rewarding part of the process?

Q: What was the biggest challenge?

Taysha: Originally we were going to record at the theater, socially distant, but together in the space and improv each scene. However, Philadelphia’s Covid-related restrictions got tighter before we could record. We decided instead to write a complete script and record each of our scenes in our own homes. The incredibly talented Michael Long, our editor, loaned us his camera and edited our separate takes together. It was a long journey to get to this final version, but I think it turned out better than I could’ve imagined.

Q: What was the biggest surprise?

Taysha: I was surprised at how funny we were! It was hard to cut the script down to 15 minutes because we kept coming up with some really funny dialogue/action!