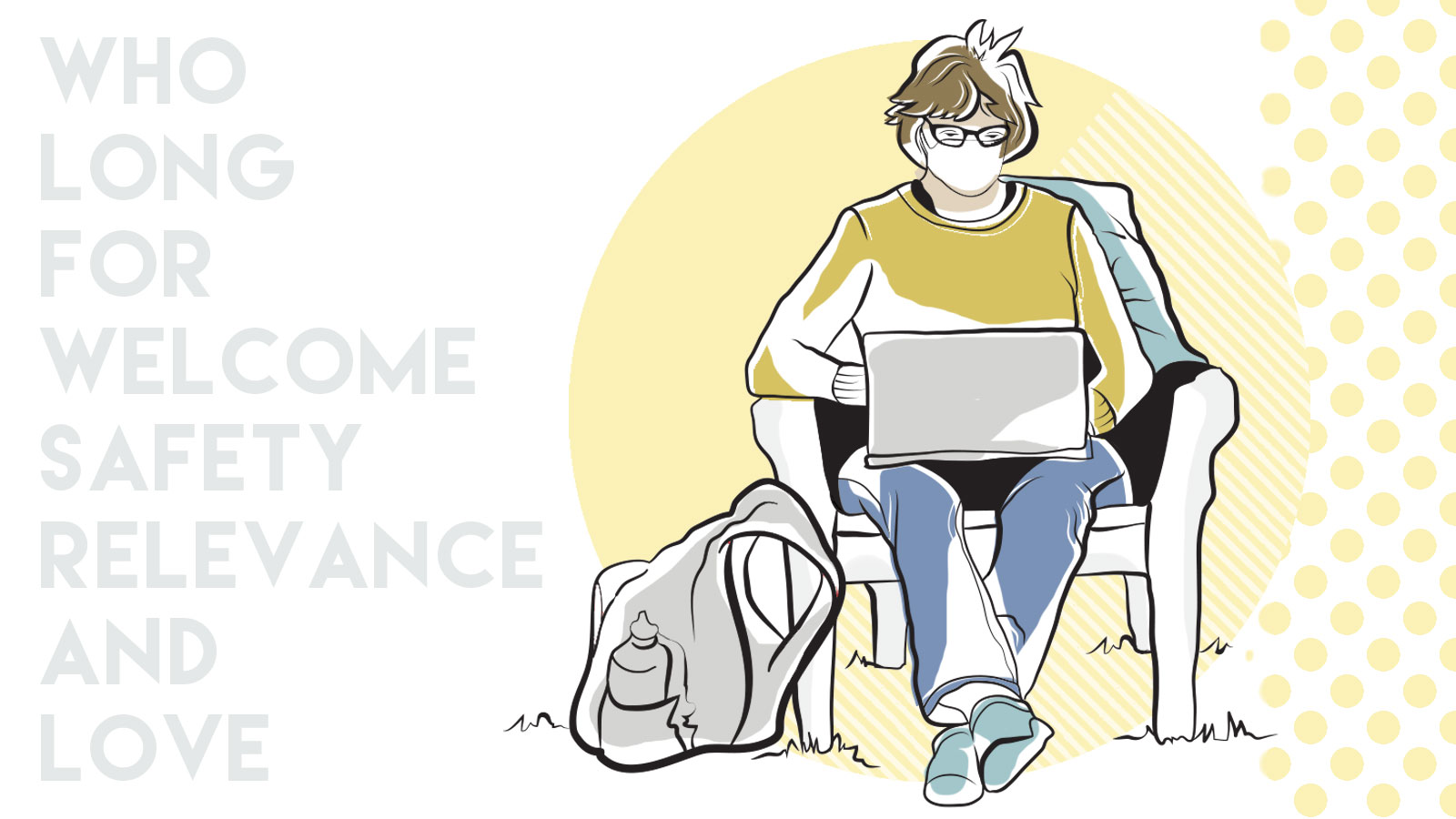 Mary Elizabeth Scallen—who goes by MB—serves as both performer and researcher for the Wilma’s production of Heroes of the Fourth Turning. In the midst of rehearsal, she penned the following in response to the play’s characters and ideas.

In this beautifully written, compelling work
Playwright Will Arbery acts as
Poet
Investigator

Four young friends shaped by a strict Catholic college reunite after years in the secular world
But things have changed
As they wrestle with demons
Metaphoric and not
Arbery exposes the thoughts, beliefs, assumptions, and fears
On which fanatics and doubters rely
The whip-smart debate
Rivets
Inspires
And horrifies

If I, as a leftist, engage with a right-winger’s argument
I fear that I’m
Dignifying haters
Elevating lies
Polluting myself
Or simply wasting time better spent doing any small good

How can I listen when there’s so much to protect?
I foresee
The tabernacle armoring my softest hidden hope
My good
Spattered with the spume of beasts

But for me, the remarkable part
Is the humanness of these conservative Catholics
They question and hope and fight like I do
And though I cannot agree neither can I deny
They are no more ‘other’ than I

Don’t we all yearn for a real home

Arbery’s HEROES—the brazen opposition—
With searching hearts, hungry minds, and incendiary thoughts
Wander the road with the rest of us
Achingly real

Doing their best before darkness falls