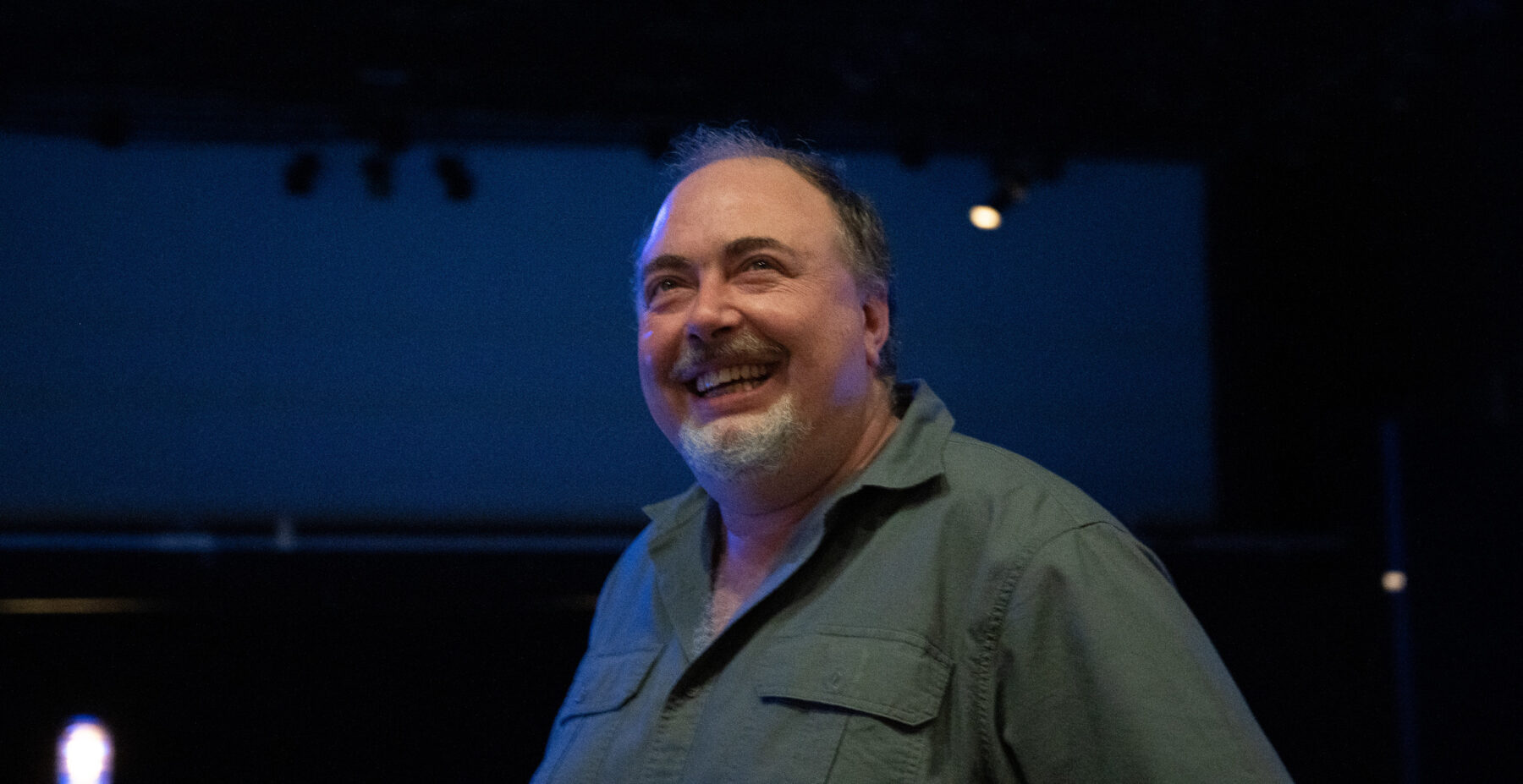 Wilma Co-Artistic Director Yury Urnov was our lead artistic director during our fully virtual 2020-21 Season, where the Wilma created acclaimed digital productions, such as ‘Heroes of the Fourth Turning’ and ‘Fat Ham.’ Yury, however, did not helm any of that season’s productions, as the play he had planned to direct – ‘Minor Character’ – was delayed until the current 2021-22 Season.

‘Minor Character’ is now both the first show to be staged in our re-opened theater, and the first Wilma in-person production to be filmed and edited for a digital release.

‘Minor Character’ is a remix of six English translations of Anton Chekhov’s Russian masterpiece ‘Uncle Vanya.‘ Critics have been rapturous in their praise, calling it “a comic gem” and saying it “absolutely should not be missed.”

In this Q&A, Yury – who was born in Moscow – reflects upon leading the production and watching the reactions to ‘Minor Character.’

Q: What was your favorite part of the ‘Minor Character’ process and why?

Yury Urnov: Working with the Wilma HotHouse Acting Company. I believe HotHouse actors are able to do more than any playwright or director can imagine asking for. They constantly challenge you to keep up with them, they make you grow as a director, be a better artist and human being.

What has surprised you about the audience’s and critics’ reactions so far?

Yury: Doing more experimental work, one gets used to receiving very mixed reaction – from loving to hating. This time we are getting a lot of love back, and it feels very, very good.

I believe HotHouse actors are able to do more than any playwright or director can imagine asking for.

In addition to directing ‘Minor Character,’ you are also serving at the cultural liaison for ‘Cherry Orchard.’ What did you learn about working on playwright Anton Chekhov’s play with the HotHouse that you will share with ‘Cherry Orchard’ director Dmitry Krymov?

Yury: Learning more about Chekhov’s very short but very full life helped us to build more personal feelings and sympathy for him, to get rid of some clichés and prejudices we all have. We were also learning more about ourselves, about the moment in American history we are going through. I will try to share this experience with Dmitry the best I can, but I’m also sure he and HotHouse will have their own journey.

What do Russians understand about Chekhov that you had to teach Americans during this process?

Yury: I don’t really believe that Russians know more about Chekhov, or that Americans know more about Albee than other people do. I think the play happens here and now, in this particular theater, town, country, moment. I don’t think there is a “right” or a “wrong” way of putting up a play. One thing we can do when approaching older text, is try to look at it as if it was written yesterday by a playwright living next door to us. And I think it’s important to mention that neither New Saloon’s Minor Character nor Krymov’s Cherry Orchard are exactly Chekhov’s plays – both are playful interpretations, riffs.

Anything else you learned worth sharing?

Yury: Live theater is still my favorite thing in the world. Actors are the best creatures of all. Chekhov wrote great plays.