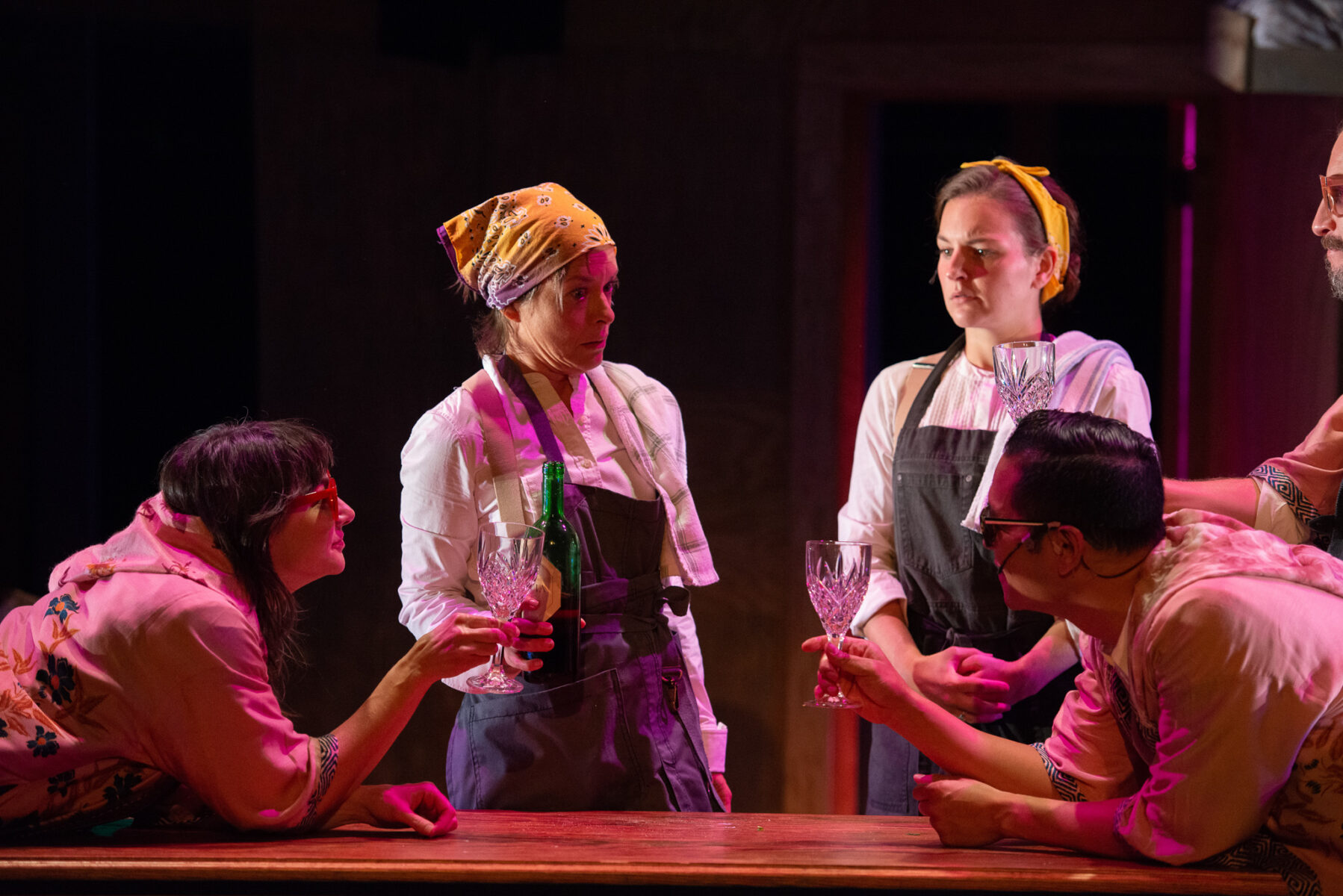 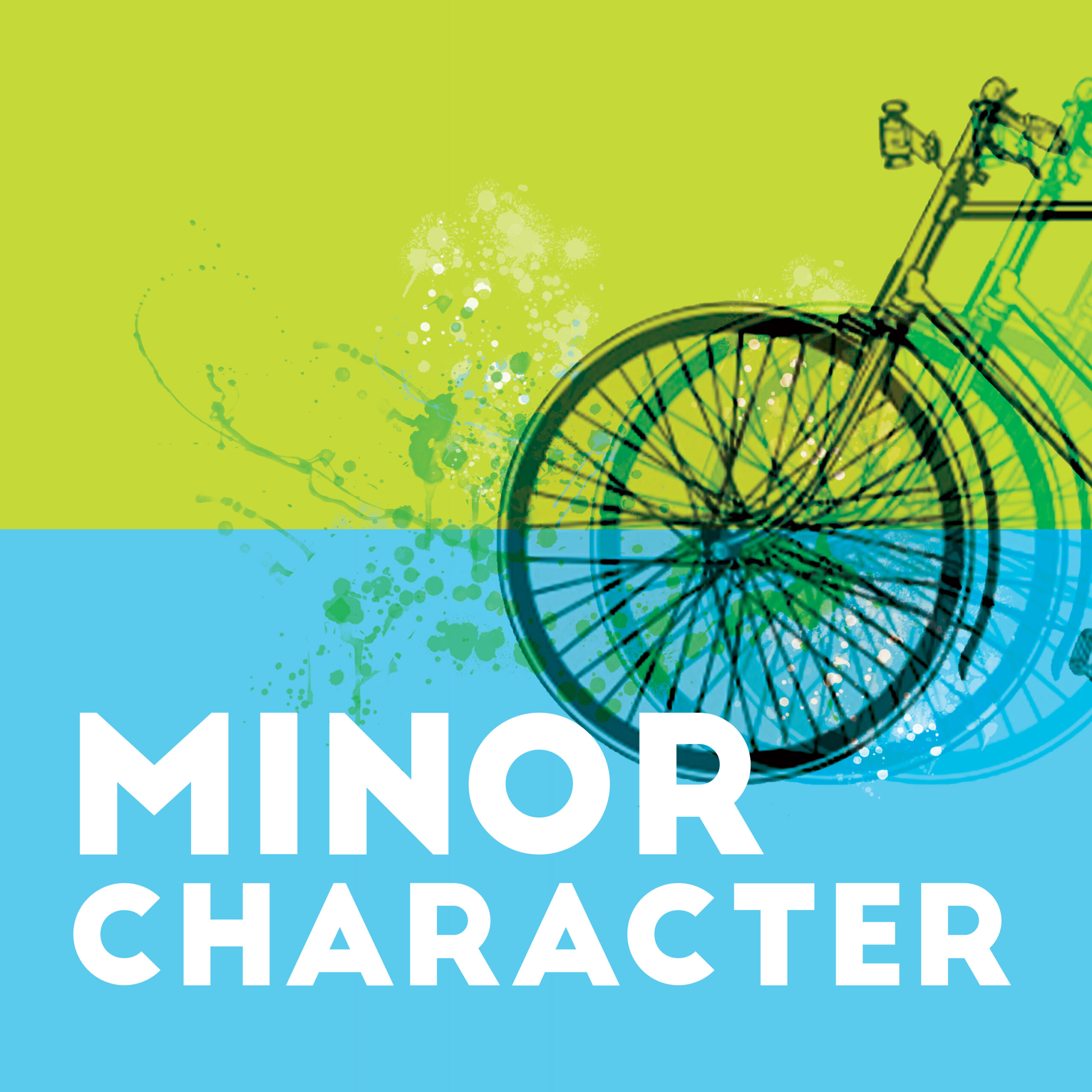 WHAT IS MINOR CHARACTER ABOUT?

Minor Character tells the story of Chekhov’s masterpiece Uncle Vanya, but uses six different English translations – including Google Translate’s ridiculous one – to bring it into 2021. The story centers around a few residents and workers in a Russian estate in the early 20th century.  Like most Chekhov plays, the characters foolishly (and recognizably) love all of the wrong people. Plus, tensions are high because the estate is running out of money!

DO I NEED TO KNOW THE STORY UNCLE VANYA BEFORE ATTENDING?

No! The show tells the complete story of Chekhov’s Uncle Vanya, but if you’d still like a refresher, check out this two-minute video summary.

ARE THE SIX TRANSLATIONS REALLY SPOKEN AT THE SAME TIME?

No, the subtitle is not meant literally. Although sometimes there are multiple performers speaking a few different translations at the same time, it’s not often and the story still comes through clearly.

The use of the six different translations highlights the absurdity of the characters, but also their shared humanity and the many ways to interpret their actions and ideas. Some translations are surprisingly modern, while some are more flowery, and others (like the Google translate version) are just ridiculous.

Want to learn more about the script? Check out this interview with Minor Character co-creator Morgan Green.

WHO ARE THE CENTRAL CHARACTERS?

The central characters include the hard-working Sonya, a young woman who runs the estate with her uncle, Vanya, for her father, the pompous Professor. Sonya loves Astrov, the idealist local doctor. But Astrov loves Sonya’s young step-mother: the professor’s alluring second wife, Yelena. The disgruntled Vanya also misguidedly loves Yelena.

WHO PLAYS WHICH CHARACTER?

Different performers from the cast play the characters at various times during the show, and it’s wildly fun to see their wide-ranging interpretations. (Keith Conallen plays the professor for the entire show, though.)

All of the performers are members the Wilma’s acclaimed HotHouse Company, and have appeared in recent productions such as Heroes of the Fourth Turning, Fat Ham, Describe the Night, and Dance Nation! Click here to see clips of the Minor Character performers in other recent productions.

Anton Chekhov was a human Russian man, writer of short stories and playwright, who lived from 1860-1904. He is one of the most renowned Russian writers of his time. In his plays and stories, Chekhov attempted to capture the idiosyncrasies, desires and fears of late 19th century Russians as objectively as possible, without coming to any ideological conclusions about their actions. His plays were produced by the Moscow Art Theater, run by Stanislavsky, whose naturalistic style of acting heavily influences American acting in theater, film and TV to this day.

WHY ARE YOU PRODUCING THIS PLAY AS YOUR FIRST SHOW SINCE THE PANDEMIC?

We committed to producing Minor Character before the pandemic hit, and had to postpone it for quite some time as theaters closed across the country. While in quarantine, the themes of Minor Character, with its lost, stuck, lonely characters yearning for better lives, resonated in new ways. This production celebrates coming back together in the theater and gives some space to contemplate the strangeness of our time.

WHAT IS YOUR SAFETY PLAN?
Masks and Proof of Vaccination are required to attend Minor Character. In addition, seating is reduced to 50% of our max capacity to allow for distancing, and we’ve updated our HVAC. Check out our full safety plan.

WILL YOU BE STREAMING IT?
Yes! We will be filming the show with four cameras. The stream will be available on demand Oct. 25-Nov. 7. Digital tickets can be purchased here.