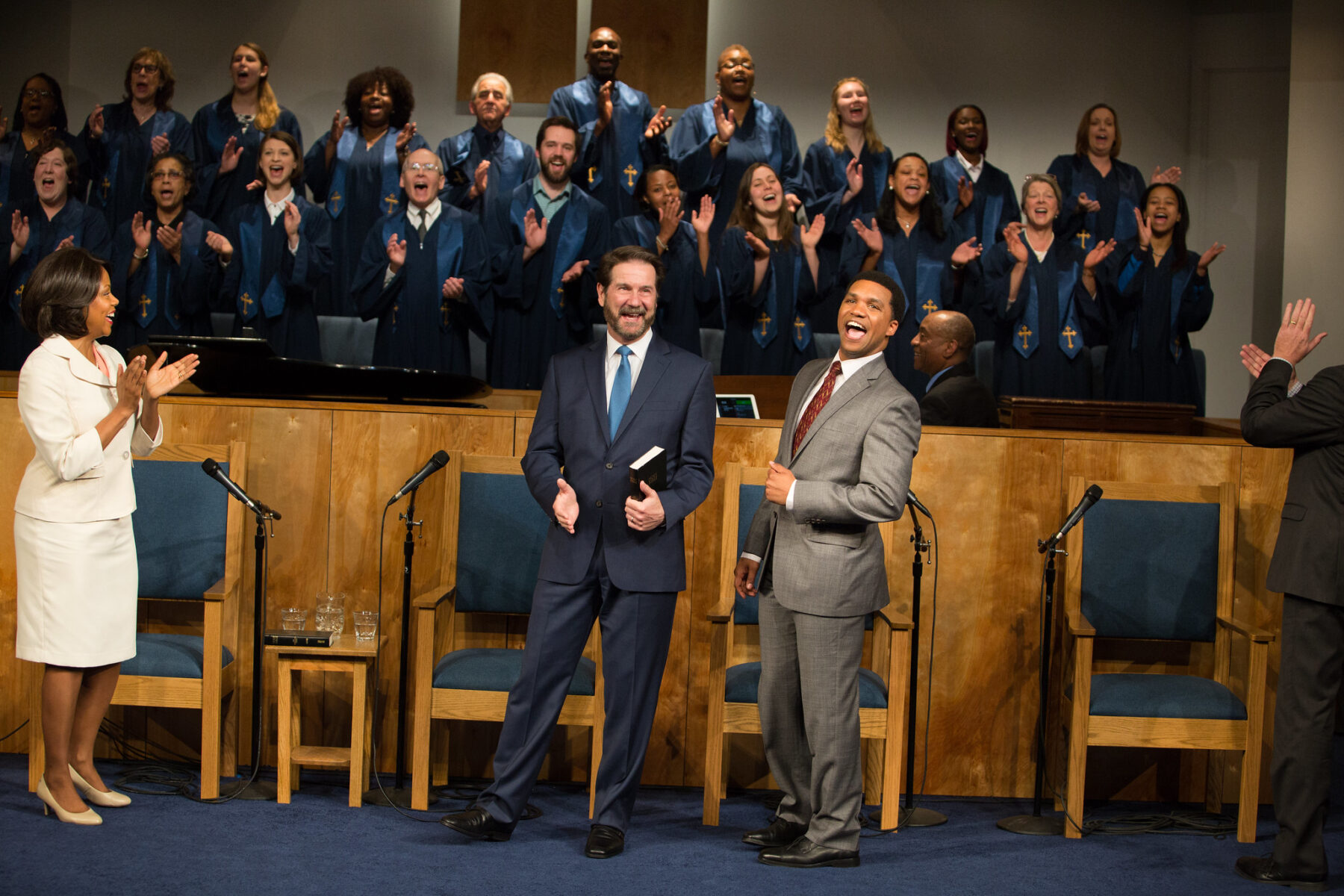 Over the course of two decades, Pastor Paul has turned a modest storefront of a church into a Megachurch complete with a coffee shop and bookstore in the lobby, a congregation of thousands, and a baptismal font as big as a swimming pool. On the celebratory day that the church’s debts are paid off, he decides to preach a controversial sermon. It shakes the foundation of his church’s beliefs, as well as his marriage, and congregants begin to question his motivations. The Wilma has cultivated a relationship with Syracuse Stage over the past two years, and is thrilled to co-produce The Christians with them in a production that includes a live community choir.

“Mr. Hnath is quickly emerging as one of the brightest new voices of his generation. What’s fresh about his work is how it consistently combines formal invention with intellectual inquiry.” – The New York Times