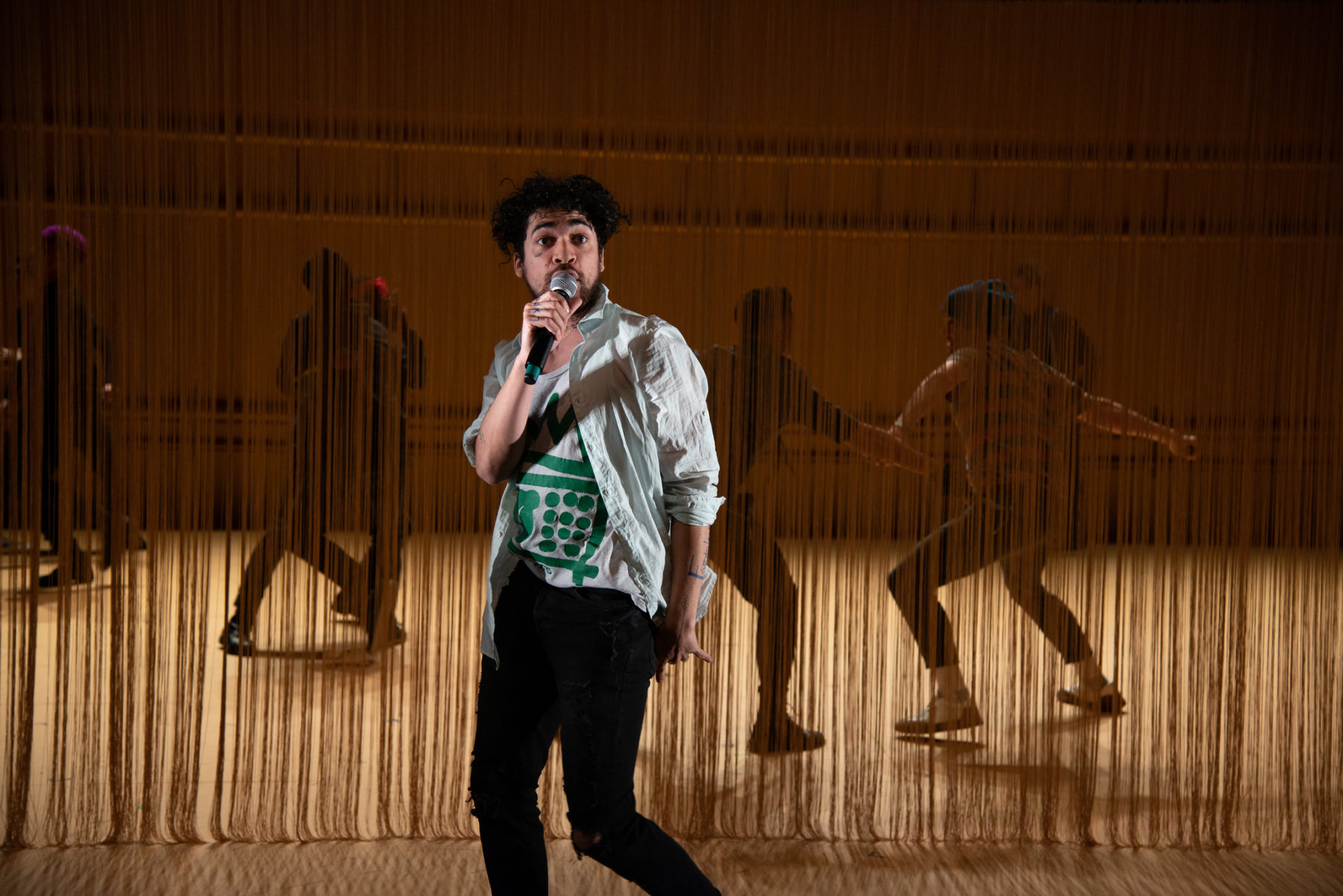 Anthony Martinez-Briggs in Romeo and Juliet.

Anthony Martinez-Briggs (they/he) has a crush on fashionable sneakers, well cultivated herbs, and science fiction novels written by black femme authors. They are a Wilma HotHouse company member as well as a Bearded Ladies Associate Artist. They wear many hats including but not limited to: writing, teaching, facilitating, music making and overall theater artist type things. As a performer they work most frequently with their fellow HotHouse company members at the Wilma but have also had the pleasure of performing with Theatre Exile, Ninth Planet, Arden Theatre, Philadelphia Theatre Company, Long Wharf Theatre, Bearded Ladies Cabaret, and Applied Mechanics, among others. As a sound designer they have worked with several theaters in the region including Arden Theatre, The Wilma Theater, Theater Horizon, Passage Theatre, Azuka Theatre, Simpatico Theatre, Theatre Exile, Drexel University and the University of the Arts. They are also known as “Us”: emcee and original member of the band ILL DOOTS, seen on theater stages throughout the Philly area as well as music venues across the country. Their song “Heartbeat” was the recipient of the 2021 Lennon Award for R&B, it is featured on their double album “The Mess/Age”; available everywhere. Follow @ILLDOOTS on all socials. They’ve received a few awards, accolades, nominations, and whatnot, but more importantly the LOVE received has remained a constant source of inspiration and gratitude. Much love to my family, ancestors, creator and especially, my wife, Tess.