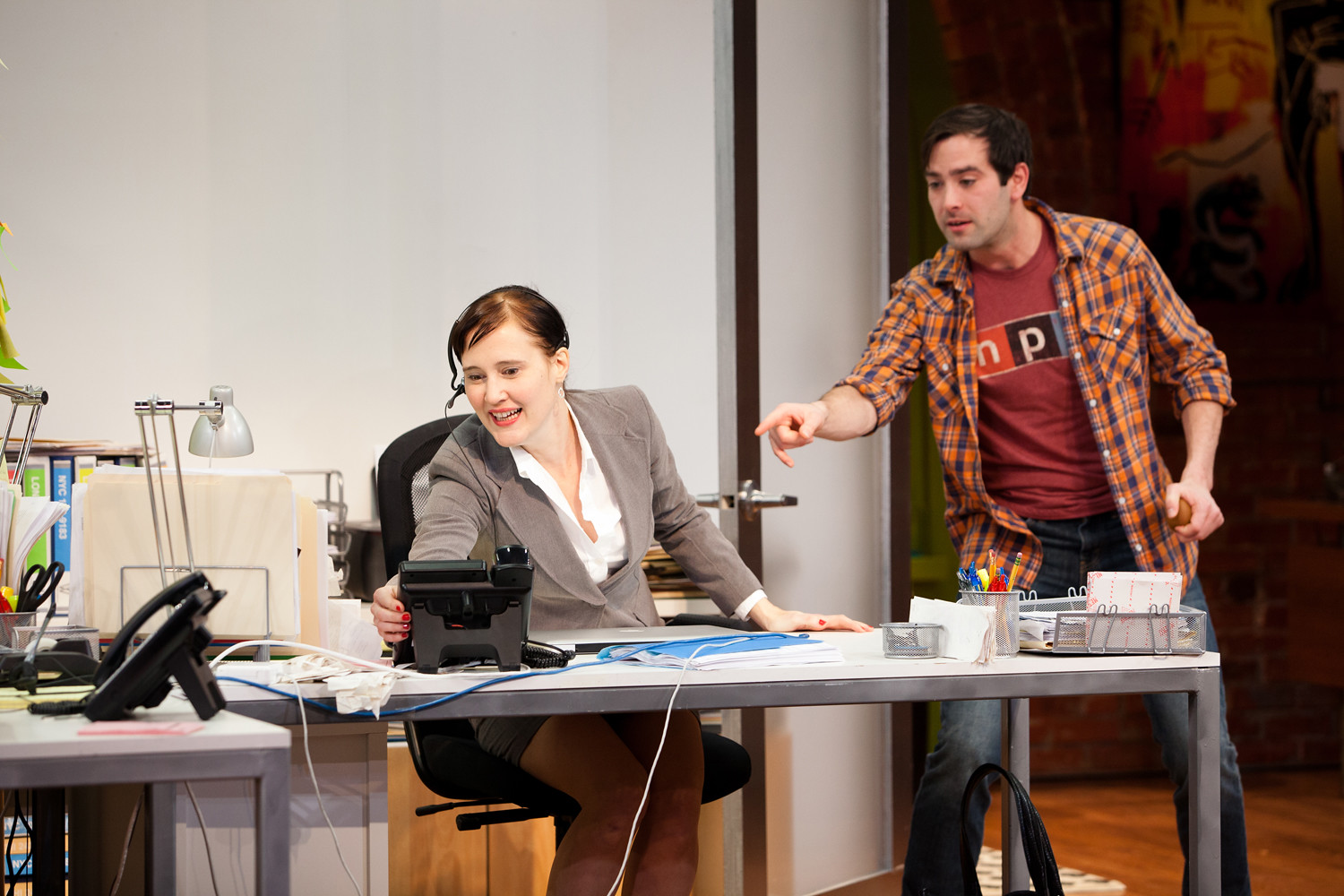 What do Harvey Weinstein, Donald Trump, and Anna Wintour have in common? They all need assistance! Enter the world of Nick and Nora, 20-somethings working in a tyrannical tycoon’s downtown Manhattan headquarters, juggling phone calls and jumping through hoops with marathon endurance – all for the privilege of being mocked and insulted by their velociraptor of a boss. Fireworks explode in this office full of ambitious ladder-climbers, shooting some to the top and leaving others burnt and scarred. But these young and eager assistants are hooked, blinded by the dream of success.

An Off-Broadway hit comedy in 2012, Assistance is the second offering in playwright Leslye Headland’s “Seven Deadly Sins” series – this time treating greed – and comes on the heels of Bachelorette, another hit and also a feature film release. The Wilma is thrilled to announce the return of director David Kennedy, who previously directed the Wilma’s 2011 success The Understudy.

“For anyone who has ever interned or just started in the workplace, Assistance can hit close to home with a storyline that revolves around a boss with some outrageous demands.”
— Feature from Philly PR Girl
click to read more
“Nick and Nora (now where have we heard those names before?) are the major characters and Kevin Meehan and Kate Czajkowski are terrific as these twenty-somethings whose crassness and cruelty and jokiness is expressed more in body language than spoken language. Jake Blouch, Kahyun Kim, Emily Althaus and Michael Doherty turn in nail-on-the-head performances. They are obviously having big fun being these characters.”
— Review in The Philadelphia Inquirer
click to read more
“The impressive “Gen Z” actors bring the perfect combination of comedic flair, emotional tension, and reckless young energy to the pressure cooker of their characters’ lives, as they pull all-nighters at the office, slug down shots of energy drinks and whiskey, smoke $17/pack cigarettes, and become completely unraveled by their exhausting lifestyle (“It’s not a job, it’s a choice”), while passing the blame, conniving, and manipulating each other to get ahead and to remain in Daniel’s good graces.”
— Review from STAGE Magazine
click to read more