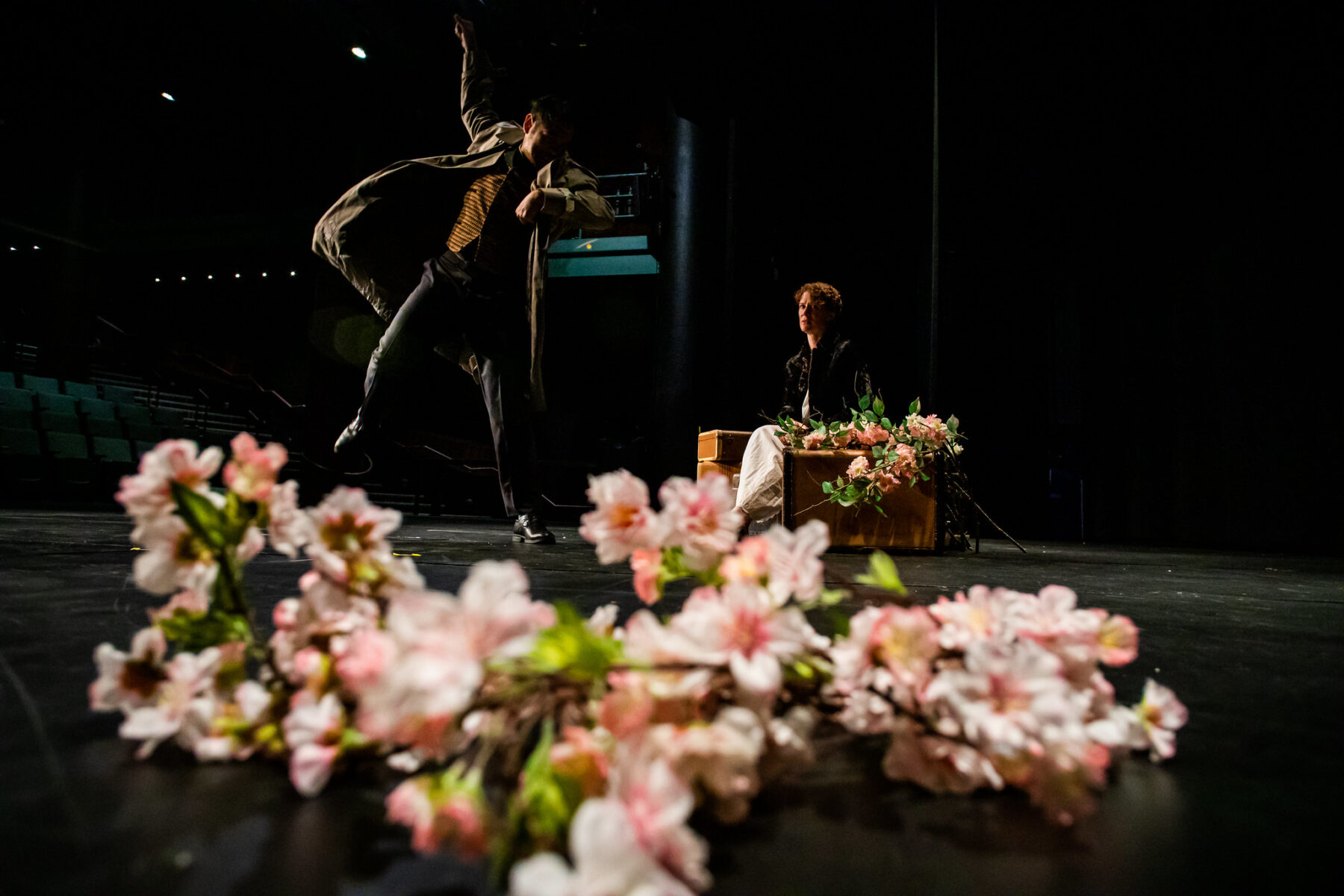 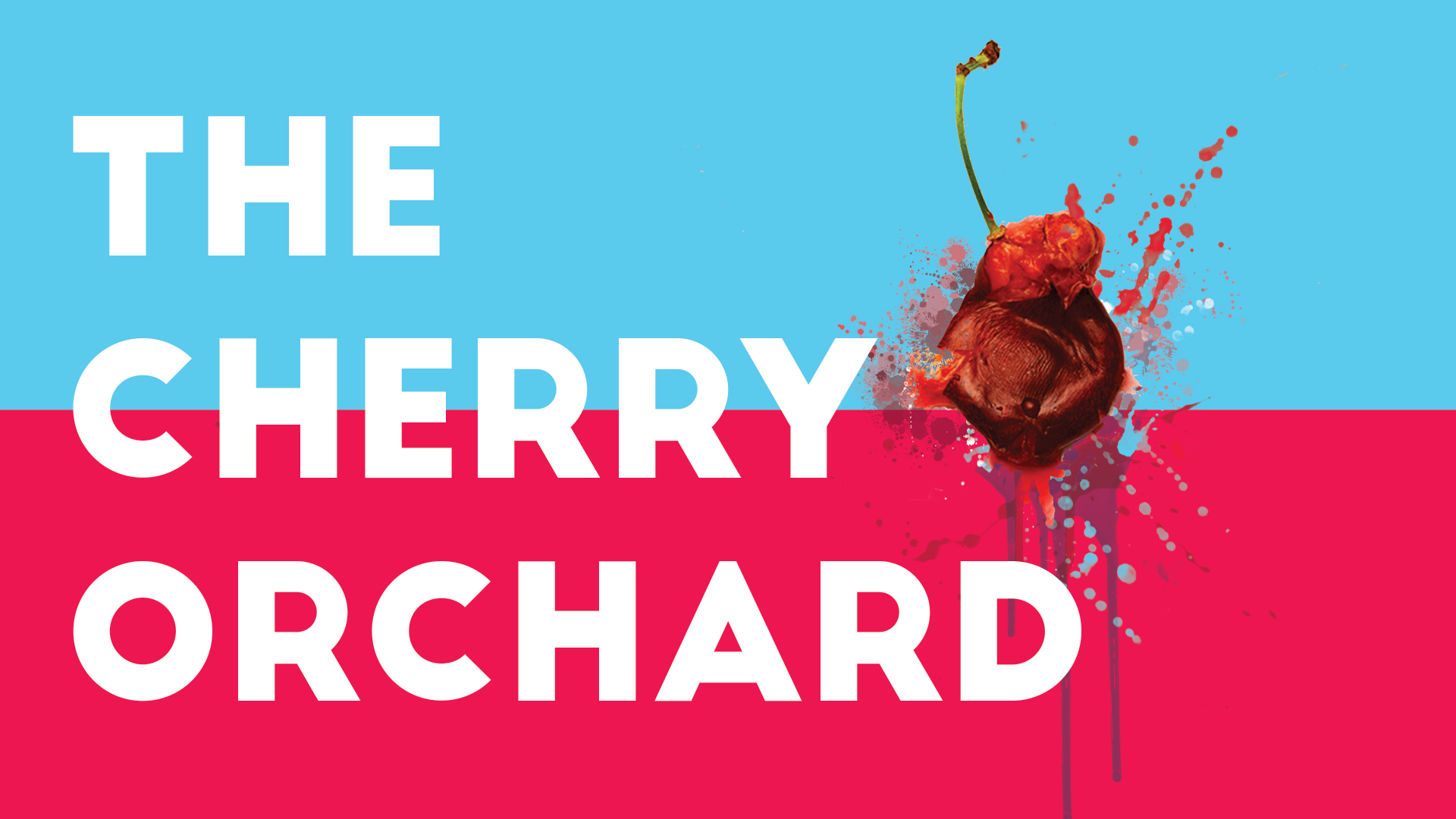 “Which One is That?”: Similarities in Chekhov’s Plays

The past couple of months as the Wilma has been making a return to in-person theater, many of my friends have been asking the, “So, what is the Wilma producing this year?,” question. The conversation inevitably proceeds in some version of the below script:

We’ve got some fun things lined up. We’re doing, Minor Character, which is a new examination of Uncle Vanya, followed by and The Cherry Orchard, and —-

Wait… You all are producing two Chekhov plays in one season?

Well. Uhm. Not exactly. Both are adaptations of the original plays, but the approaches are very different and unique and–

Ok sure. So, which Chekhov is that one, again? Vanya is the one where they lose their home?

No, Three Sisters they lose their home and in The Cherry Orchard they’re desperate to get to Moscow!

OOOhhh, you’re right. And Vanya has the reallllly wealthy family, but also there are some workers who are just, like, hangin out?

Oh actually, I think that’s The Seagull. But there is definitely a love triangle- and a gun- in The Cherry Orchard. Right??

Then everyone turns to me looking for approval of their botched summaries, while all I can do is smile and nod and work to not launch into a full oratory thesis correcting their assumed plotlines. I really can’t blame them for their confusion. My good man, Anton (I can call you Anton, right?), just loved to focus on the same themes over and OVER again. While that can lead to the “Which-play-is-that?” game, I’m an absolute sucker for the thematic similarities in Chekhov. Finding those parallels and connections between his stories, which otherwise feel so distant to my own life, thrust them back into perspective and make them incredibly pertinent to my everyday struggles, relationships, and understanding of the world.

In both Uncle Vanya and The Cherry Orchard, I connect most to the failed attempts at love and the varying stages of romantic relationships. I’m a big time RomCom girl, and, boy, does Uncle Vanya fit right in there. If you joined us for Minor Character in the fall, you witnessed the characters’ immense longing and desire as they dreamed hopelessly for their crushes to blossom into more. Campbell O’Hare as Sonya pined over the smooth stylings of Ross Beschler as Astrov. And even the jealousy-infused desire Vanya harbored for Yelena resonated for me. The Wilma’s Cherry Orchard portrays fewer romantic connections, but they continue to pulse in the undercurrent of the story. The budding relationship between Anya and Trofimov in this production manifests as a fast-paced swing dance much like their quick and intense love affair, while Dunyasha hysterically laughs off Yepikhodov’s marriage proposal and continues to make light of his hopeless love-obsession with her.

To further understand Uncle Vanya and The Cherry Orchard, we’ve gotta roll the tape back to the 19th century and understand the larger societal change that was at play in Russia while Chekhov was writing these now-famous plays. My friend Ant (I can call you “Ant,” right?) published The Wood Demon in 1889, which he eventually revisited just about ten years later and reworked into the play Uncle Vanya. Shortly after, Chekhov wrote The Cherry Orchard in 1903. These two plays highlight the socioeconomic forces affecting daily Russian life. People were still responding to the emancipation of serfs in 1861, which provided freedom to almost 23 million people in Russia, and thus promoted the rise of the middle class. Wealthy landowners, meanwhile, struggled to maintain their money and status which had been inherited from hundreds of years of institutionalized aristocracy. The two main representations of this aristocratic mindset are Aleksandr Serebryakov in Uncle Vanya (better known as the Professor in Minor Character) and Lyubov Ranevskaya in The Cherry Orchard. After dwindling away his late wife’s money and what little he earned as a failed intellectual, the Professor presents the idea of selling the estate for money to better his and his current wife’s way of living, with little regard for Sonya and Vanya, whose entire lives are wrapped in maintaining the estate. In The Cherry Orchard, Ranevskaya loses her prized home and orchard at auction to Lopakhin, the son of a former serf who is now a recently successful middle-class merchant.

In Uncle Vanya, the upheaval of losing their land is avoided. When Vanya becomes enraged by the Professor’s suggestion to sell and invest the money in a bond, his failed attempt to shoot the Professor swiftly pushes Yelena and the Professor out of the home. The hardworking group succeeds and Sonya and Vanya are able to remain in the home that is rightfully theirs which they have worked tirelessly to preserve. In The Cherry Orchard, Ranevskaya and all who are living and working in the home aren’t so lucky. The house is sold to Lopakhin while they all turn a blind eye to the severity of the situation, and in the end, they must leave it behind. Uncle Vanya serves as a bit of foreshadowing in this way to The Cherry Orchard, as if a hazy image of the future came into focus for Chekhov from one play to the next. Ranevskaya’s failure to face reality and address the inevitable mirrors those who were stuck in the ways of “old Russia” and couldn’t move forward with the new powers coming into play.

And as Ranevskaya represents an unwillingness to change, Lophakhin is the representation of this unavoidable change. He is the “future of hard work and cold reason, while the landowners embody the spirit of the once charming, but now decadent and doomed old Russia.” Born into the lowest social class, he is constantly reminded of the strife he and his forefathers went through to arrive in his current, esteemed position. Now, he finds himself with money, drive, status (middle-class, but nonetheless, successful), and the ability to save the orchard. But is this moment as fulfilling as he hoped it would be? I find myself relating to the teetering, tight-rope dance Lopahkin walks, having to remember where he came from while continuing to push ahead. In our production of The Cherry Orchard, you see Justin Jain as Lopakhin give into this mad and desperate dance as he throws himself about, swaying in the changing tides society has created around him. And, it’s important to note that there isn’t a character in Uncle Vanya who occupies this similar role. Yet another sign of the changes occurring around Chekhov as he wrote to respond to societal shifts in Russia even in just the five years between writing Uncle Vanya and The Cherry Orchard.

And we can’t talk about Chekhovian themes without opening the can of worms labeled “DOOM.” Uncle Vanya cries out, “I’m 47!!!,” wallowing over his assumed failed life, wondering if he could have done more than just work to serve the professor. In The Cherry Orchard, Ranevskaya throws an elaborate party as her funds continue to dwindle into the red. (But can you blame her? When you’re the most desperate, don’t you also buy the most expensive thing on UberEats and hope it helps? Just me??). In the midst of these past two (or 6? Or more?) years, the blurred line between hope and dreadful disillusionment has proved incredibly “Chekhovian” as modern society has tried to determine the “new normal.” Just as we are still wrapping our heads around the infinite number of changes to daily life from COVID-19, and just as we are experiencing the continued growth of Authoritarianism on a global scale without knowing where it will lead, these characters in Chekhov’s work were struggling to make sense of their new world. In the midst of such a vast shift facing Russia following the end of the Czarist rule, and before they made the transition into Communism, Chekhov was able to capture something so specific and unique in the character of Lopakhin, someone who could only exist in that small span of time. Much like Chekhov was able to encapsulate this moment of change and translate it onto the page, this new production of The Cherry Orchard similarly examines the landscape of this time (particularly responding to the war in Ukraine) and brings it to the stage for our audiences to see and feel.

Just as we are still wrapping our heads around the infinite number of changes to daily life from COVID-19, and just as we are experiencing the continued growth of Authoritarianism on a global scale without knowing where it will lead, these characters in Chekhov’s work were struggling to make sense of their new world.

I really do relate to my friends’, and I’m sure many others’, confusion in deciphering the many works of Chekhov. My friend, AC (I’m calling you it, sir. Deal.) really wanted to get his point across. Say it loud and proud so the falling society can hear you, am I right?! I tangibly note these similarities from his plays to modern life, and I love watching them develop in the rehearsal room and come to life in performance. These lines of connection continue from Chekhov’s plays and stories and trace their way into the real, everyday exploration of my own life and those around me.