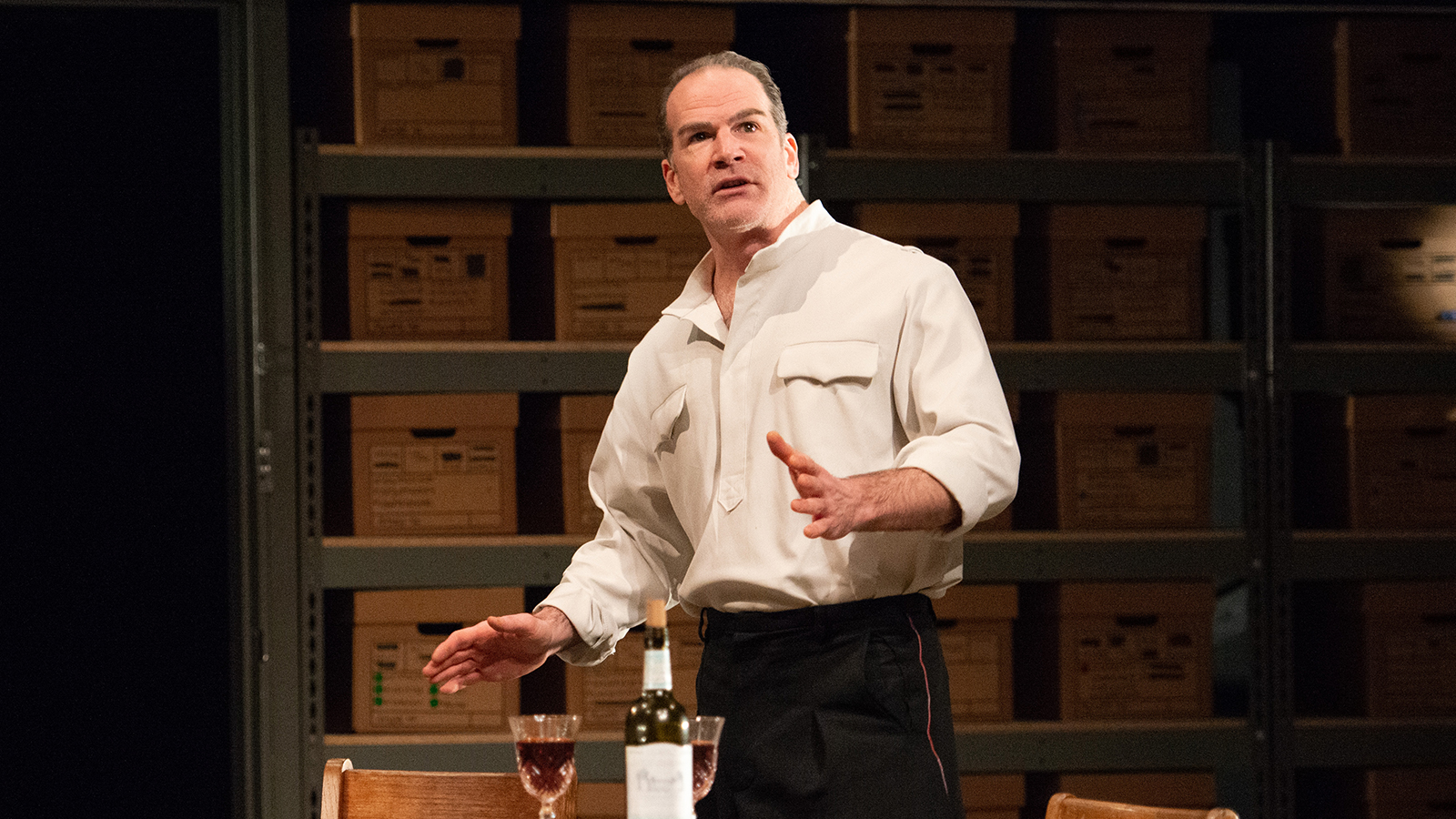 Steven Rishard in Describe the Night. Photo by Johanna Austin.

We are all first and foremost storytellers at heart. Yet our inquisitive minds and dynamic bodies need a place for deeper excavation of meaning in the stories we plan to tell. HotHouse is that place.

Steven Rishard is a multidisciplinary artist and has spent over 20 years as a professional actor working in stage, television and film. His early professional work began in Chicago and eventually migrated to NYC, where he moonlighted in the modern dance world and began to explore visual arts as well. Here in Philadelpia he became a HotHouse member in 2014. He was last scene at the Wilma in Describe the Night as Nikolai Yezhov. Besides his work on the Wilma stage, other work in Philadelphia includes roles in: Boycott Esther and The Arsonists, both at Azuka Theatre; Cabaret, and Doll’s House 2, at Arden Theatre; Straight White Men at Interact Theatre; The Few at Theatre Horizon; and Detroit at Philadelphia Theatre Company. His New York credits include; The Bacchae for The Public Theater’s Shakespeare in the Park, In the Penal Colony at Classic Stage Company (both directed by JoAnne Akalaitis with original music by Phillip Glass). Luz at LA Mama Theatre, and with Divison 13 Productions; Cascando, and Journeys Among the Dead at H.E.R.E Art Space, Act Without Words 1 at the Brooklyn Can Factory. Other Regional credits include; Quartet, Gross Indecency, and Life’s A Dream with the Court Theatre in Chicago, The Rainmaker at Triad Stage, and The Beautiful Dark at Premiere Stages. Besides multiple projects with Akalaitis, he has worked with Gary Griffin, Maria Mileaf, Lazlo Marton, and Joanna Settle. As a modern dancer Steven performed at PS122 and the Whitney Museum of Art, and worked with choreographers David Neumann, Stacy Dawson Stearns, and Katie Workum.  Television credits include: Law & Order, Treme, Law & Order: SVU, Kings, and The Americans. Film: Shelter (6 Souls), Joy D.Vee, and Hal Hartley’s Meanwhile.

As a visual artist Steven has had his work shown with HotBed gallery and Goldilocks gallery here in Philadelphia. His work can be seen at StevenRishardArt.com and on Instagram @srishard.